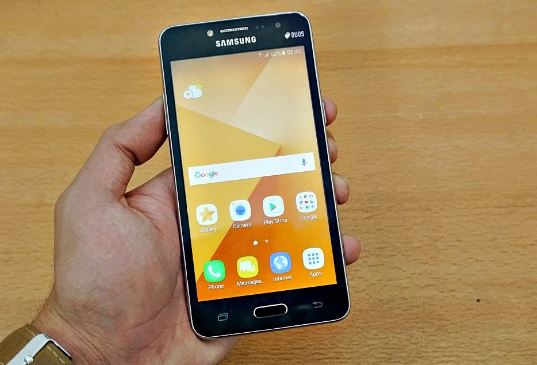 The Samsung Grand Prime Plus, which is widely known for its strength and durability, also has some issues that make people afraid to buy it. What is special about this mobile is that it has a flashlight on both sides. This mobile is definitely a bit old, but now the demand for it is decreasing with time. Nevertheless, some people want to buy this mobile because a durable mobile like this is hard to find anywhere else. Now we will talk about some of the features of this mobile that anyone knows.

What is Best in Samsung Galaxy Grand Prime Plus 4G

In 2017, I bought this mobile phone from the Pakistani rupees 10000 and then found out what is special about it. When I used it for a month, I lost consciousness that there was a function inside it that made the battery performance of my mobile even better. My mobile battery was only 1%, and I turned on the battery saver function in it. Now you can’t believe that this 1% battery kept the mobile on for 10 hours. So if you are a business person and can’t afford such a big mobile that you can hardly fit in your pocket, then I would suggest you buy the same mobile. Because its battery gives excellent performance and other than that, it is no less when it comes to its camera results.

Its camera is 8 MP while its front camera is 5mp. It has flash on both sides. If you take a picture with the front camera, you also get the option of front light at night. Compared to today’s new mobile models, this mobile works at 8MP and the new mobile at 13MP, but if we take a picture from these two mobiles and zoom it, then the picture taken from Samsung mobile will show zoom perfectly. While the image of the new model mobile you see blurred.

Now let’s examine this memory and RAM problem. The biggest problem with this mobile is its memory. In this mobile, you get only 8 GB of memory which is very little according to this era. Some of these 4 GB apps are still installed, and we have the remaining 4 GB left. But after updating the Google Play Store, more memory is used, and after installing all the apps in it, only 2 GB of memory is saved. So now, if we put a memory card in it, it is of no use to us because when we install a game or app in it, it goes straight to its internal memory. This is the problem that makes people dislike this mobile phone.

What is the solution to this problem in which even after inserting the memory card, things go into its internal storage? So if you don’t need a Play Store for that, don’t put its ID in it at all. Because after sending emails in the Play Store, Play Store, Google Map, and other apps get updated, and your mobile has very little memory. In addition, if you have a memory card in your mobile phone, you can move the data in the internal storage to the memory card over time.

This mobile is a bit small in size, but it is a good mobile for business people. It is now available in the market at a price ranging from Rs 5,000 to Rs 8,000. This mobile is available in 2 to 3 colors of which white, black and golden colors. Most of the golden-colored mobiles are used more because they look more beautiful. A black mobile phone is also good for the working person as its stains are not obvious.

Cheap earbuds (Airpods) Under 1500 PKR in Pakistan
How to use Android Mobile as a Monitor for Windows PC with USB or app.
Cheapest Wireless Headphone in Pakistan Reviews
How To Find Any Person Call Details of any number
INVT Solar Pump Inverter User And Service Manual Pdf Free Download
4 Most Famous TikTok Stars in 2021 Who has Earn Good Fame

Iconic One Theme | Powered by Wordpress